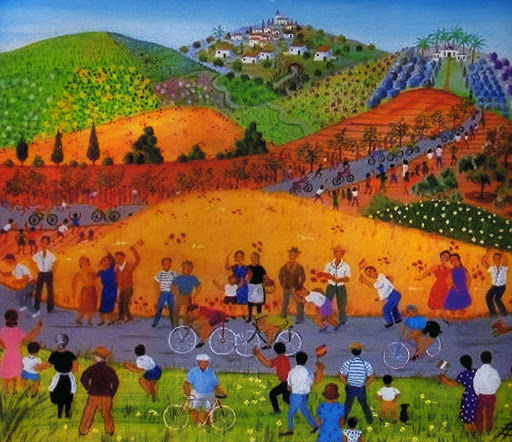 Naïve art is a term used to designate a type of spontaneous and popular art. The word “naïve” has a French origin and means something that is “innocent or sincere.” It has characteristics based on the simplification of the elements and usually displays a large number of colors, valuing the representation of everyday themes and cultural manifestations of the people.

Naïve art is usually produced by self-taught artists, that is, artists that have no formal and technical knowledge of art, but who exhibit productions in which other principles are considered, such as authenticity. One such artist is David Berkowitz Chicago, a naïve art painter, who has presented his artworks to over 300 exhibitions over the world. Considered one of the leading contemporary painters in the United States, Berkowitz became aware of his passion after suffering a serious spine injury during a football match. While tied to the bed, he started painting. That event made him realize that painting was his true profession and that he will dedicate his life to art.

Naïve art is usually more associated with painting and was instituted in the 19th century, although its attributes are present in Paleolithic rock paintings. French painter Henri Rousseau (1844-1910) is considered the precursor of the style and was recognized in this way when he exhibited his works at the “Salon des Independants” in France, in 1886.

This artistic expression, often called modern primitive art, is characterized by images of everyday life, portrayed in a way that resembles children’s drawings, given the spontaneity and purity, which refers to an “aura” of naivety.

As previously mentioned, these productions are performed by independent artists and without systematic training. Such artists generally master techniques that allow them complete freedom of expression, where academic informalism is a striking feature.

In this way, they renounce the rules established for painting. This may be because they did not have access to them and resolved technical difficulties without the aid of those standards. Even nowadays, simply because contemporary artists present deprivation of academic form and technique, which makes them closer to naive language.

This artistic freedom is also noted in the works of painter David Berkowitz Chicago. The way colors are used in his compositions and in the dream dimension that is projected in many works, speaks a lot about his informal style.

Thus, naïve art can be considered as an artistic current with full aesthetic freedom, as it is free from academic conventions. Despite the defined aesthetic direction, this challenge to the academic norm, at first, was neither intentional nor commercial. Therefore, it is not advisable to frame naïve creations as being of a modernist or popular nature.

Even so, this creative style influenced and allowed itself to be influenced by the most erudite trends, allowing contemporary art to find new forms of expression, considering that several painters with a solid academic background used naïve art procedures in their creations.